The german jewellery designer and master craftsman goldsmith Boris Jakob, born in Düsseldorf in 1966 is running his own jewellery workshop and studio since 1994 in Majorca.

Directly after school he started his professional formation as a goldsmith in 1986, working for Peter Thate von Dein in Meerbusch / Osterrath near Düsseldorf. His journeymanship and various employments in well-respected goldsmith studios in Düsseldorf followed, until in 1994 he decided to come to Majorca and open his own workspace and studio in Pollença.
While he spent his first years in the north of the island, the shop has been relocated to the lovely old town of Palma in 2008. The studio with the adjacent open workspace allows the client to watch the artist at his work, directly in his studio.

Inspired by nature, architecture or the world of fashion he can also easily just look at a fancy stone and already visualize the finalized new jewel. His inspiration seems without boundaries which is the reason that his collection is amplified by new pieces every 2-3 years. His special talent to work very plastically can especially be admired when working with a long forgotten cuttlefish technique where the armor of the cuttlefish is used to mold a new single piece. A medieval technique hardly used any more these days in the world of jewellery making. 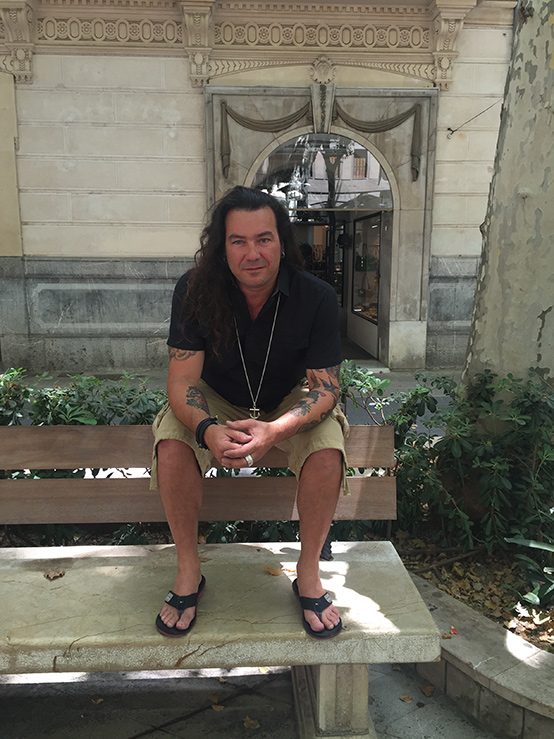 Cookies make it easier for us to provide you with our services. With the usage of our services you permit us to use cookies.OKMore information